I’ve been an adventure fangirl for about 14 years. It’s complicated.

Adventure as a genre is definitely one of my problematic faves. Without colonialism, it would not exist. The premise is literally “let’s watch these super attractive (usually English) people run around in exotic locales while stealing from indigenous peoples because white people obviously know better.” The treatment of women and minorities ranges from total invisibility to appalling levels of racism and sexism. (The monkey brains scene in Indiana Jones and The Temple of Doom. Ugh.) If you hate adventure for these or any other reasons, I totally understand and I’m not here to argue with you. My one dream for the world is that we all someday have stories with characters who truly represent us so we can all live in fandom harmony. (I don’t even go here. I just have a lot of feelings.)

Given the above, sometimes I’m not sure if I’m supposed to talk about how much I still love adventure. I can see the flaws staring at me in the face, but the tropes and aesthetics still appeal to me in a very big way. Sometimes, my love for these stories feels involuntary. No matter what my rational brain thinks, my heart is basically doing this:

I’m now 28 years old. I’ve been through a long period of calling out problematic shit. (You haven’t lived until you’ve insisted on having an argument about legalized prostitution with your coworkers on the way to the airport at 4 am.) I know that many of the things I loved as a child and teenager are problematic. (I now know that “problematic” is a word.) I like to think I’m someone who’s moved on and found more inclusive stories to love. But certain media can be so formative that it will always matter in a kind of dark, secret, shameful way. Something in the back of your brain is so tied to those stories, those characters, those tropes, that the moment you see them, you’re right back to sitting on your computer, writing fanfiction under the username ~*Indys_Gurl*~.

In ninth grade, my mom rented the 1999 version of The Mummy. I can firmly divide my life into the time before I saw Rachel Weisz as Evelyn “Evie” Carnahan and after. Regardless of what this movie was supposed to be about (curses, mummies, Brendan Fraser’s weave?), I derived my own personal meaning from it that guided my life choices for many years. Until this point, I never really saw anyone on screen who I thought resembled me. Like Evie, I was brunette and bookish and sort of a klutz. Here was this nerdy girl going on an adventure and getting the guy in the process. Before The Mummy, I didn’t even know that was an option. I thought in order to get the guy, you had to take your glasses off, let your hair down, and become a completely different person. RICK GIVES EVIE A NEW TOOLKIT WHEN HERS IS LOST IN THE NILE. He loves that she’s nerdy! I didn’t need to change myself. I just had to find myself a missing/cursed/valuable artifact and hook up with an adventurer.

The Start of an Obsession

After that, I devoured any adventure-themed media I could find. I learned the history, starting with She and King Solomon’s Mines and leading up to Harlequin’s present day sheikh-themed romances. (I took a class on colonial literature in college and The Sheikh was required reading. I ruined everyone’s lives by constantly raising my hand to show off my adventure knowledge. “Did you know that’s a common trope to have the woman dress in sexy ‘native’ clothing because it’s exotic but not too exotic because she’s white?”)

Growing tired of hearing me talk about Evie, my mom rented all the Indiana Jones movies for me. Not only was Indiana Jones everything I loved in an adventure hero, the leading lady of Raiders of the Lost Ark, Marion Ravenwood, was another character I desperately wanted to become. I loved her plucky personality, coveted her gorgeous white dress, and deeply envied her love scenes with Harrison Ford. (SHE TOSSES OFF HIS FEDORA IN BED.)

I Love Everything About Adventure

The entire aesthetic of adventure appeals to me. I love the clothes. The safari shirts with khakis. The holsters and tool belts. The delicate dresses ruined by the elements. The formerly starched-up clothes made practical for survival. (When Michael Douglas hacks off Kathleen Turner’s heels so they become flats in Romancing the Stone, I die every. single. time.) There’s this element of casual battered-ness that I find really appealing. I think there’s no hotter scene on film than Harrison Ford as Indiana Jones when they’ve just arrived in Cairo.

The hottest scene on film as far as I’m concerned.

I love the element of travel. You get this impression that they’ve been everywhere and there’s always somewhere they’re going next. I love when they reference incidents during other adventures in other parts of the world.

I love how there’s a real sense of transition from the rules of where you come from to the rules of the adventure world. I like when people try to impractically keep customs of dress and decorum in place until they realize there’s no place for it in the strange new land they now inhabit. There’s the fantastic element of “you can be anything here, because there are no rules.” Women have more freedom because the conventions of their former lives are no longer in place.

I love how smart everyone is, because you have to be smart to even know about ancient artifacts in the first place. I love arguments in the tone of “you brought me halfway across the world for this?!” I love the elements of myth, legend, and the supernatural. I love how most stories end with the sense that the characters will likely be in this situation again, only next time, they’ll be ready for it.

Loving adventure became the thing I was known for. I was “The Indiana Jones Girl” at my school. I followed a self-written adventure fashion guide. I wore a lot of gold coin jewelry, flowy skirts with exotic prints, and those chunky ankle boots every girl owned in the early 2000s. Every night in my room, I would sit in bed wearing one of the many oversized men’s dress shirts I’d thrifted and reenact the bedroom scene from Raiders of the Lost Ark. I pretended Indy gave me his shirt to wear after we made love. (Did you guys not do this?!) 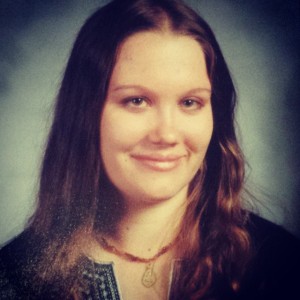 Trying real hard to look like Evie in 10th grade. 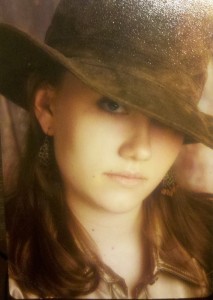 Jurassic World and the Future of Adventure

I knew I wasn’t over it the minute I saw trailers for Jurassic World. If this isn’t Chris Pratt’s two-hour Indiana Jones audition, I don’t know what the hell is. When I saw this clip, I had to scream and flail into a pillow so as to not wake my neighbors.

Let’s take a moment to examine all the wonderful adventure things happening in that scene:

I’m really excited because maybe this time, I’ll get to enjoy my adventure with little relative guilt. They’re adventuring with dinosaurs, not stealing something from another culture. Is there a way to create new adventure stories, without the settings and scenarios that make it embarrassing? When I watch shows like Miss Fisher’s Murder Mysteries, which invokes similar elements (travel, independent ladies, shenanigans, and fabulous clothes), I hope this is where we’re headed. If I had a character like Phryne Fisher in my life at 14, I might have turned out completely different.

So, we’ll see what happens. In the words of Indy, “I don’t know, I’m making this up as I go along!” Maybe someday I’ll be over adventure, but for now, I’ll choose to think of it as the thing that got me through high school. See you at every screening of Jurassic World from now until the end of summer.